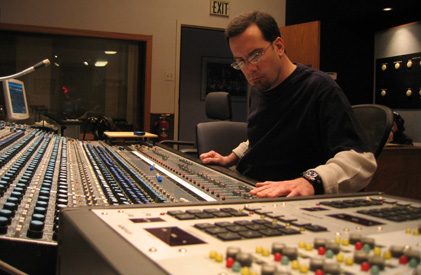 Mark Cross is an award winning Producer, Composer, Mixer, Educator and Author with an extensive discography in both film and television that spans over 2 decades. He has composed for the NBC Prime Time Series: Last Comic Standing as well as contributing additional music to the Fox Prime Time Series: American Idol, the HBO Prime Time Series: Curb Your Enthusiasm and Getting On, The CBS Evening News and The Comedy Central Series: Key and Peele.

Here is a link to
Mark’s Songs
As a songwriter, Mark recently composed several songs for the Universal Feature Films “Fifty Shades of Grey” movies.